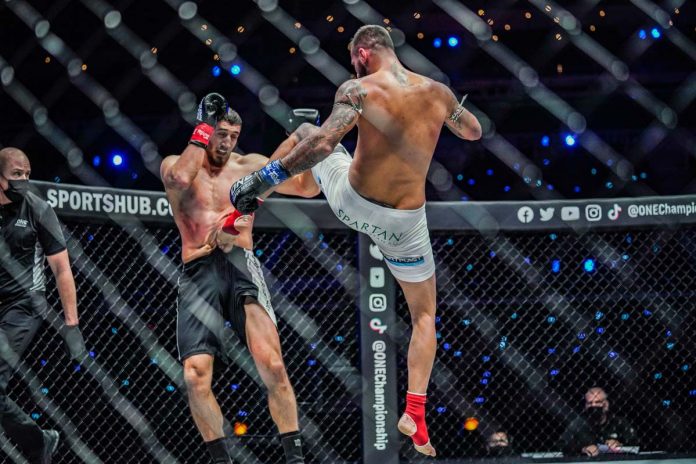 A thrilling ONE Super Series kickboxing contest ensued when light heavyweights Beybulat Isaev and Bogdan Stoica met in the Circle. After a closely contested first round, Stoica connected on a huge right hand that sent Isaev crashing to the canvas in the second. Isaev returned the favor in the third frame, forcing Stoica to take a knee from a crushing body shot. In the end, all three judges scored the bout in favor of Isaev to win by unanimous decision.