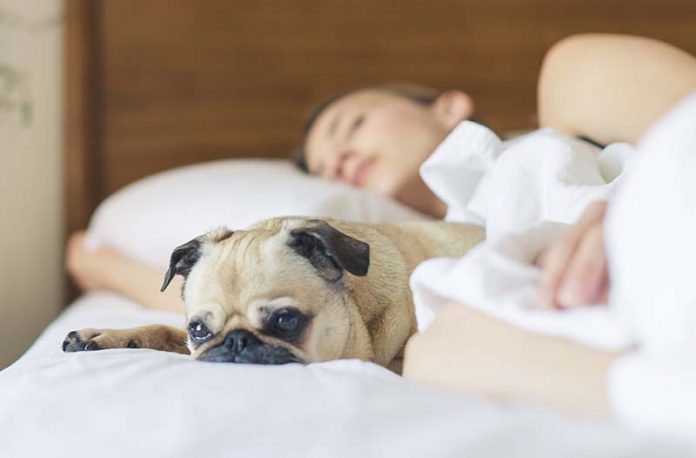 Your spouse says your snoring is driving her nuts. You wake up feeling unrested and irritable.

These are common signs that you may have obstructive sleep apnea (OSA), a sleep disorder that—left untreated—can take its toll on the body and mind.

The Food and Drug Administration ensures the safety and effectiveness of medical devices, including the device most often used by those affected by OSA – the Continuous Positive Airway Pressure machine, commonly known as CPAP – and a new device, the Inspire Upper Airway Stimulation (UAS) System. What is Sleep Apnea?

Obstructive sleep apnea, the most common type, is caused by a blockage of the airway, usually when the soft tissue in the back of the throat collapses. The less common form, central sleep apnea, happens if the area of your brain that controls breathing doesn’t send the correct signals to your breathing muscles.

According to Eric Mann, M.D., Ph.D., deputy director of FDA’s Division of Ophthalmic, Neurological, and Ear, Nose and Throat Devices, you may be unaware of these events since they happen while you’re sleeping. Because you partially wake up when your breathing pauses, your sleep is interrupted, and you often feel tired and irritable the next day.

Sleep apnea is almost twice as common in men as it is in women. Other risk factors include:

Children also get sleep apnea, most commonly between ages 3 and 6. The most common cause is enlarged tonsils and adenoids in the upper airway.

“You should certainly tell your physician if you think you, or your child, is experiencing symptoms of sleep apnea,” Mann says. “But the diagnosis of sleep disorders such as obstructive sleep apnea requires a formal sleep study.”

Polysomnogram (PSG) is the most common sleep study for sleep apnea and often takes place in a sleep center or lab to record brain activity, eye movement, blood pressure and the amount of air that moves in and out of your lungs.

The first line of defense can be behavioral. Weight loss may go a long way toward improving OSA. It may also help to stop using alcohol or medicines that make you sleepy, because they can make it harder for you to breathe.

The most common treatment is a CPAP machine. CPAPs use mild air pressure to keep your airways open. The air is delivered through a mask that fits over your nose and mouth, or only your nose.

Consumers may call 1-800-FDA-1088 or visit MedWatch to report any problems they are having with their CPAP.

CPAP is not the only medical device approved for treatment of OSA. On May 1, 2014, FDA approved the first implanted medical device for the treatment of this disorder. The Inspire Upper Airway System (UAS) is intended for consumers with moderate to severe OSA who have specific characteristics (a Body Mass Index under 32 and the absence of complete collapse in the back of the throat) and were not helped by a CPAP device, or could not tolerate the CPAP treatment. The Inspire device is surgically implanted below the collarbone and works with electrical impulses to stimulate the patient’s tongue muscles and keep airways open.

The Inspire UAS consists of an electrical impulse generator, with leads and sensors that stimulate the nerve that controls the tongue and that sense the patient’s breathing.

After the surgical site has healed (about a month), the physician turns the unit on and sets up the pulse generator. Patients may need to undergo one or more sleep studies before the UAS configuration is optimized for use. The patient turns the system on before going to sleep and off upon waking, using a remote control.

Another option for treatment of mild to moderate obstructive sleep apnea is an oral appliance, says dentist Susan Runner, D.D.S., M.A. Dentists work closely with physicians to determine if an oral appliance is appropriate for the severity of the diagnosis. According to the American Academy of Dental Sleep Medicine, an oral appliance is worn only during sleep and fits like a sports mouth guard or an orthodontic retainer. It supports the jaw in a forward position to help maintain an open upper airway.

There are no drugs that are approved by the FDA to treat sleep apnea. Ronald Farkas, M.D., Ph.D., at FDA’s Center for Drug Evaluation and Research, says that doctors sometimes prescribe drugs that promote wakefulness such as Provigil and Nuvigil for patients suffering from the daytime sleepiness caused by sleep apnea—but that these drugs do not treat the nighttime breathing problem.

Moreover, Farkas recommends that if you’ve been diagnosed with sleep apnea and are taking other medications, you should let your doctor know what those medications are. “A number of drugs can actually make sleep apnea worse, including many for insomnia, anxiety or severe pain,” he says.

This article appears on FDA’s Consumer Updates page, which features the latest on all FDA-regulated products.

Eating Well As You Get Older – Limit Some Foods