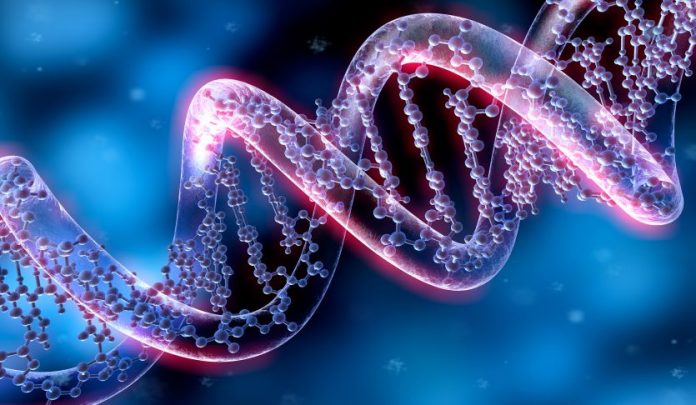 If you already know all of these terms, great. You already speak the language of genetics. But maybe you could use a little brushing up on your genetics. Or maybe these terms are completely new to you. No matter what your genetics reading level is, understanding the vocabulary is essential. That’s especially true in the new world of individualized medicine and personalized nutrition. A knowledge of genetics is something you are going to have to keep on top of.

This will be the first part of a four-part series—Genetics 101. You will start by learning the definitions of key genetics terminology. This base of knowledge will help as you get more in-depth.

Once you have mastered genetics vocabulary, you will move on to Genetics 101—The Basics of DNA and Genes. Next, all this information is put in the context of heredity, the theory of evolution, and ancestry. And then you will close out your genetics crash course with the final section, “Genetics and Your Health.” With a new story a month, you’ll have a solid grasp of genetics so you can make informed decisions related to your health.

It’s time to start with the basics.

Before you dive into the specifics of how your genetics defines who you are, it’s important to understand 26 common terms. They’ll help when you start learning about genetics’ impact on how you look, how your cells work, why your children look and act like they do, and how genetics affects your health outcomes.

Let’s start by defining some terminology that is the center of genetics.

Nucleus: Your nucleus is technically an organelle—a self-contained structure within the cell. Your nucleus contains all of the genetic material you got from your parents, often referred to as your genome or DNA. The job of the nucleus is to protect, organize, and replicate DNA when the cell divides.

Genome: Refers to all of your genetic material as a whole.

DNA: An acronym for deoxyribonucleic acid. DNA is the carrier of all your genetic information. The specific order your DNA is assembled after being inherited from your parents determines your physical appearance and how your cells work.

Nucleotide/Base: These words are used interchangeably to refer to the individual building blocks of DNA and RNA. DNA is made up of four nucleotides/bases: adenine, guanine, cytosine, and thymine. They are often referred to in DNA shorthand as A, G, C, T, respectively. 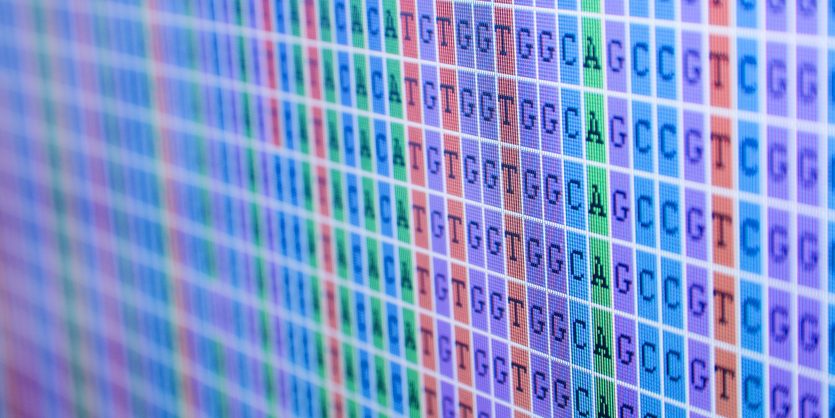 Base Pair: Chemically and molecularly speaking, DNA is a double-stranded molecule. But it’s also anti-parallel, which means DNA is made up of two identical strands running in opposite directions. Think of it this way: One strand runs “A-to-Z” and the other runs “Z-to-A.”

Each strand binds to the other through a special set of relatively weak chemical bonds. Think of these hydrogen bonds like Velcro. They can bind together when needed, but also pulled apart when needed.

Importantly, one base will only bond with one other base—its compliment. For example, adenine can only pair with guanine (and guanine only with adenine). And only cytosine can pair with thymine (and thymine only with cytosine). These A-G and C-T pairings are called base pairs. This base pairing rule is important because it is at the center of reproduction and cellular division.

Chromosome: The most general way DNA is packaged in the nucleus. Chromosomes organize the large mass of DNA into defined and tightly condensed structures. These help organize and protect DNA. The number of chromosomes varies greatly by organism. They can have as few as one, to a couple hundred, to even more than 10,000 chromosomes. Humans have 23 pairs, or 46, chromosomes.

Gene: A further sub-organization of your genetic material. It is a short, discrete piece of DNA. If DNA is a book, think of genes as being the individual chapters. These chapters of DNA (genes) are the instructions for the cell to make a protein or enzyme. Specifically, a gene tells the cell the proper order to assemble amino acids to build a three-dimensional protein or enzyme structure. Humans have somewhere between 20,000-25,000 individual genes.

Gene Expression: Somewhere within or around a gene—most commonly at the beginning—are special DNA sequences responsible for turning a gene on or off (think of a light switch). Genes can also be constantly on. Their gene products (proteins or enzymes) are constantly being made, usually at a low, consistent level. The two major processes of gene expression—reading a gene and then making a protein—are called transcription and translation, respectively.

Transcription: The process where the cell reads the information contained within a gene. This message is copied into an RNA messenger molecule and sent from the nucleus, out to other parts of the cell.

RNA: An acronym for ribonucleic acid and chemically very similar to DNA. RNA is considered the master messenger. It relays short pieces of information contained in DNA (gene) to other locations within the cell. RNA specifically allows those messages to be turned into the functional units of the cell—proteins and enzymes. The information in RNA is segmented into sets of three nucleotides/bases called a codon.

Codon: A set of three sequential nucleotides/bases in an RNA molecule. The order of the three nucleotides/bases is the code for a specific amino acid. As the codons in RNA are read, the cell begins assembling strings of amino acids—the building blocks of proteins and enzymes. This process is called translation.

Translation: The process where the cell turns the RNA messenger molecule into a protein or enzyme.

Protein/Enzyme: Words often used interchangeably to describe a chain of amino acids chemically bonded together. Once the individual amino acids are bonded together, they fold upon themselves to form final functional products we often refer to as a protein or enzyme. While all enzymes are proteins, not all proteins are enzymes. By convention, scientists refer to a protein as a protein when its function in a cell is static or structural. The word enzyme is used to describe a protein that actively does work (like the enzymes that turn food into energy).

DNA Replication: The act of making an identical copy of DNA. When a cell divides it must also copy—or replicate—its DNA. This happens because the Velcro-like hydrogen bonds can be peeled apart. One strand stays with the old cell. The other strand moves into the new cell. Because of the base pairing rule (A-G and C-T can only pair together), each cell can remake the missing anti-parallel strand. This ultimately makes the DNA double-stranded again. This process can repeat as many times as the cell can divide.

Heredity: The passing on of genetic information to the next, younger generation.

Phenotype: Your physically observable traits based on the sequence of your genes (genotype). Think of things like how you look and how you act.

Genotype: The DNA sequence of your genes.

Recessive Gene: Recessive genes are not expressed when in the presence of a dominant gene. However, because you have two copies of each gene, when both of those copies are recessive, a recessive trait can be expressed. A child will have blue eyes when both copies of genes received from the parents are for blue eyes.

Ploid: Refers to the number of chromosomes or pairings of DNA in an organism.

Diploid: “Di” means “two.” When a cell is diploid it has both copies of its DNA. This is the normal state of most of your cells and the DNA is said to be double-stranded. Cells must have its DNA in the diploid state to divide and replicate itself.

Haploid: “Ha” means “half.” When a cell is haploid it only has half (or one) of its copies of DNA. Haploid cells only tend to be reproductive cells like sperm and eggs. This is important because when a sperm cell and egg cell fuse (fertilization), the two half copies of DNA recombine to create a complete, diploid genome. Once this new cell becomes diploid, it can begin to grow and divide.

Interestingly, your diet and lifestyle dramatically affect this chemical code (epigenome) and how your genes are regulated. It has also been shown that your epigenetic code is also largely inheritable. That means that depending on how your parents—and even your grandparents—lived their lives affects how your genes are expressed. And how you are living your life will affect your children’s gene expression.

The epigenome is believed to be largely responsible for health outcomes—good or bad—in the next generation. For example, lean, healthy parents tend to have lean, healthy children. However, children of parents with certain diseases can have an increased risk of also getting that disease later in life.

Mutation: The changing of the original DNA sequence. This can happen through a number of different processes like: exposure to environmental chemicals, improper DNA replication, and physical breakage/damage to the DNA.

Beneficial mutations confer improved function or survival to the cell or organism. This is often cited as the basis of evolution or the survival of the fittest. Mutations can also be detrimental. If a change in the original DNA sequence has negative affects to the structure or function of a protein, it can have grave consequences to cellular function. If a negative mutation occurs in an essential location in a gene, protein function with be dramatically affected and ultimately lead to a decrease in survival. Some common negative mutations, in key genes or proteins, can lead to cancer.

Cancer: A disease defined by uncontrolled cellular division. Normally, the cell keeps very tight control of the processes that stop or start a cell from dividing. However, this process can become disrupted. This can happen because of a mutation, exposure to environmental chemicals, physical damage, etc. But it is important to note that not all mutations cause cancer and that not all cancers are the results of mutations. Ultimately, uncontrolled cell division leads to the accumulation of abnormal cells into a growth mass known as a tumor. If this tumor results in impaired functioning to a tissue or organ, tissue and organ failure can follow, resulting in death.

SNP (Single Nucleotide Polymorphism): A mutation in a single DNA base. Because this is a very minor mutation in a gene, SNPs tend to be silent mutations, and rarely lead to cancer. However, when a SNP happens in a critical location in a gene they can affect protein function—either positively or negatively. SNPs have gained popularity in science and medicine. For example, they’re used to help diagnose metabolic deficiencies or determine how a patient might respond to certain medications.

by Ask the Scientist

Achieving Fitness Goals With Gamification: 3 Steps to Stay Motivated and...