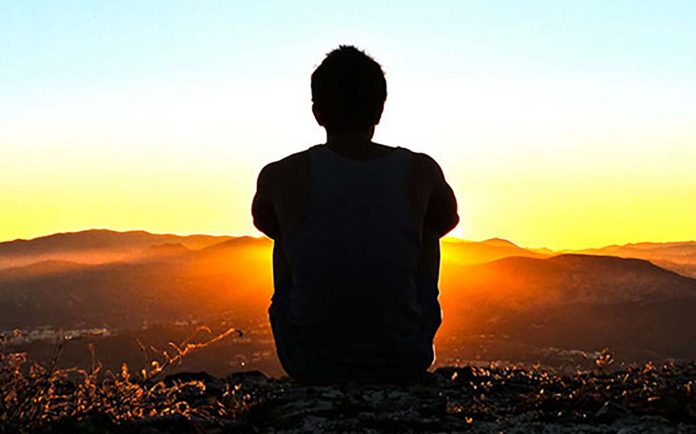 Mindfulness meditation—and particularly a form designed for insomnia—may help people with chronic insomnia and could be a viable treatment option, according to a recent small study. Results of this NCCIH-funded research were published in the journal Sleep.

Researchers randomly assigned 54 adults with chronic insomnia to participate in one of three groups: 1) mindfulness-based stress reduction (MBSR), 2) an adaptation of MBSR called mindfulness-based therapy for insomnia (MBTI), or 3) an 8-week self-monitoring program using sleep diaries. The MBSR group met for 2.5 hours once weekly for 8 weeks, and participated in a 6-hour meditation retreat. The weekly meetings included meditation practice, general discussion about at-home meditation, and education on the daily applications of meditation.

The MBTI group had the same amount of meditation practice as the MBSR group, but instead of a discussion on general health and education on meditation, the MBTI group learned specific behavioral strategies for insomnia (e.g., sleep hygiene, sleep restriction therapy). Participants in both meditation groups were asked to meditate 30–45 minutes at least 6 days a week.

Findings from the study showed that the meditation-based treatments (MBSR or MBTI) provided improvement by significantly reducing total wake time and pre-sleep arousal. Both meditation-based therapies were better than the self-monitoring on each of the patient-reported measures. Only one significant difference was found between them across the study: the MBTI group had a significantly greater reduction in the severity of insomnia compared with the MBSR group, and this difference was largest at the 3-month follow up.

The researchers noted that the small number of participants, as well as the participants’ lack of diversity, should be taken into consideration when interpreting the findings. They also noted that future research, with a larger sample size, comparing meditation-based therapies to standard treatment, such as cognitive-behavior therapy for insomnia, would help determine the position of meditation-based therapies among treatment options.

Can I exercise even if I am Pregnant?

5 Things to Know About Breast Implants