William Bonac, also known as “The Conqueror” of the Netherlands reclaimed the Arnold Classic title with a narrow win over five-time champion Dexter “The Blade” Jackson at the 32nd Arnold Classic at the 2020 Arnold Sports Festival.

Bonac won his first Arnold Classic title in 2018 and finished second in 2019 to Brandon Curry, who went on to also claim 2019, Mr. Olympia.

Jackson, who won the Arnold Classic in 2005, 2006, 2008, 2013 and 2015, fell just short of claiming his sixth Arnold Classic crown. The Jacksonville, Fla., resident, who will retire after this year’s Mr. Olympia, has competed in Columbus a record 17 times. Jackson received $75,000 and a medal from Cryotech Nordic and Big Sports.

Mamdouh “Big Ramy” Elssbiay of Egypt finished third in his first Arnold Classic appearance. He received a check for $50,000 and a medal from Mount Carmel Health System and Jan Tana. He received an extra $10,000 for winning the inaugural Franco Columbu Most Muscular Award.

Stephen Kuclo of Dallas, Texas, finished a career-best fourth in his third appearance in Columbus. He received $30,000 and a medal from Ricart Automotive and Europa Sports.

Cedric McMillan of Heath Springs, S.C., finished sixth and received a medal and $10,000 from The Columbus Dispatch and Mount Carmel Health System. 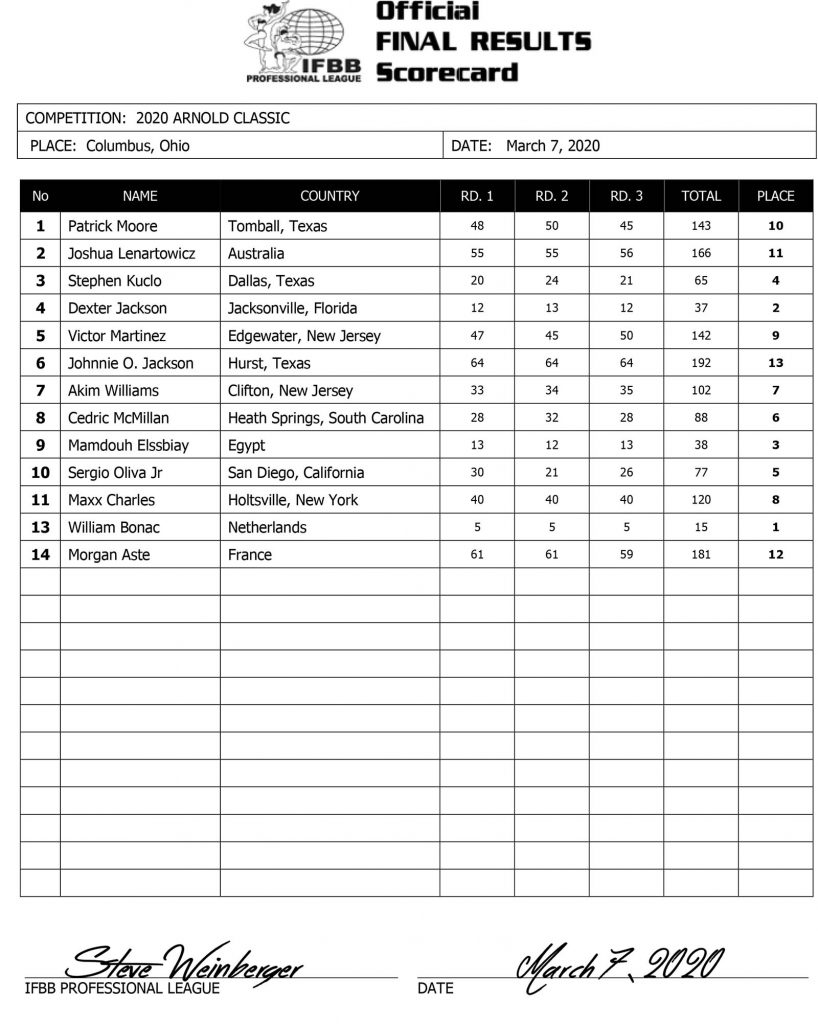