For three rounds, Danny Kingad tested himself against the greatest flyweight in history, Demetrious Johnson.

And while Kingad was unable to secure the victory over “Mighty Mouse” when they met in the ONE Flyweight World Grand Prix Championship Finals, it did give him a sense of placement in the rankings.

Kingad will try to rebound into the win column at ONE: FIRE & FURY when he faces Xie Wei on 31 January from the Mall of Asia Arena in Manila, Philippines.

The loss at ONE: CENTURY for “The King” snapped a six-bout win streak and also forced him to do a little self-reflection before deciding to return to action in early 2020. 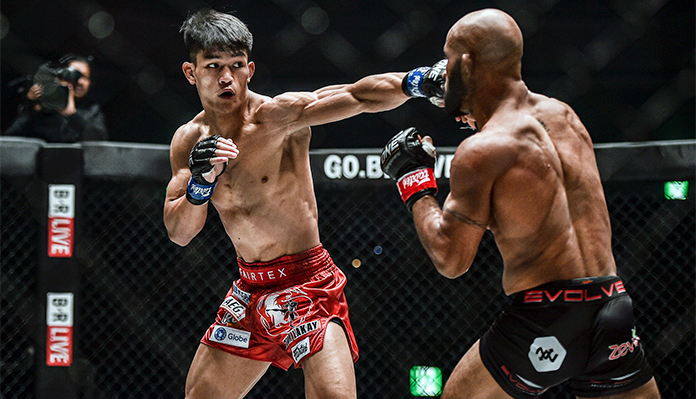 “Everyone will see something new from me in the coming year,” Kingad said.

“With everything that I learned about myself in 2019, the next year will be a chance for me to show how much I have grown. My personal goal is to win every match in order to become worthy of a World Title challenge soon.”

Kingad, who earned victories over Reece McLaren, Senzo Ikeda, and Tatsumitsu Wada over the past 12 months, is now 13-2 in his career. That includes nines triumphs in 11 appearances for ONE Championship.

Both of Kingad’s victories over McLaren and Wada came inside the Mall of Asia Arena, giving him a feeling of comfort for his next bout.

And while each and every chance to compete helped create the person that prepares to stand against Xie, the opportunity to face someone like Johnson helped him grow like no other. 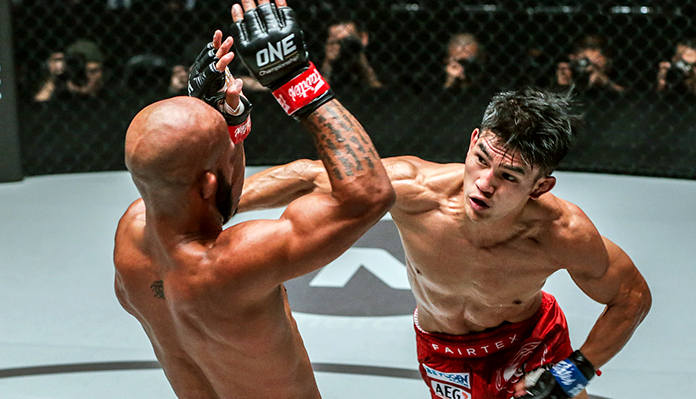 “I learned a lot,” Kingad said.

“I was against top-caliber athletes who were able to make me realize some of my weaknesses, which I continuously work on to improve. The experience (of facing Johnson) was very exciting, and I was really happy because I was given a chance to be a part of (the ONE Flyweight World Grand Prix Championship).”

Despite coming away without the victory, Kingad said: “I am very much satisfied with my performance, and I am really happy to have competed against such talented athletes.”

“Not everyone can get a chance to compete against an in-his-prime DJ, but I was able to go toe-to-toe with him and push him for three rounds.”

Gina Iniong wants to get back and make another run for...