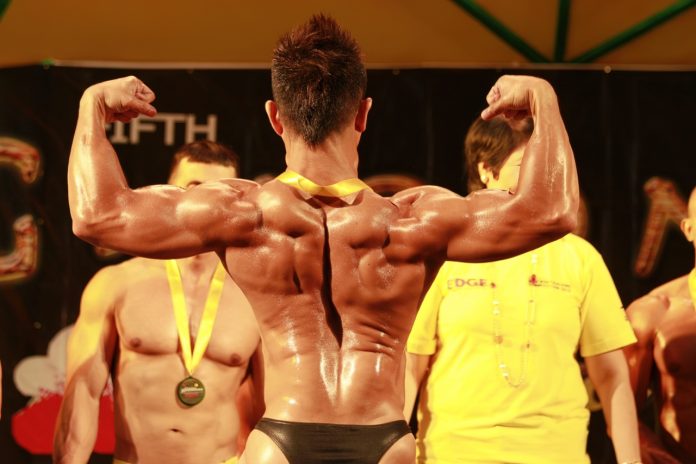 Sports can be ranked according to what degree of fundamental athletic ability they demand of their participants. Basketball, soccer, and hockey are types of athletic competitions that require a wide range of athletic skills. Sports like weightlifting or shot-putting involve more sheer strength. World-class bowlers and golfers need an incredible degree of talent when it comes to hand-eye coordination. Featherweight boxers and competitors in table tennis need to be quick as cats. But sports can also be categorized another way.

There are sports of objective measurement—how many, how much, how far, how high, how fast—and sports of form—such as gymnastics, diving, or synchronized swimming. In measured events, if you cross the finish line first, nobody cares how good you looked doing it. The proper technique may help you to throw a javelin farther, but you win or lose based on the length of the throw, not on the beauty of your execution of the throw. But in sports of form, how high you go, how far, how wide, how fast and other “measurement” considerations are not evaluated directly, but only to the degree that they contribute to the grace, beauty, and aesthetics of the physical movements of the athlete’s body.

So where does this leave bodybuilding? It isn’t a sport of objective measurement, like powerlifting. Nor is it a sport involving the execution of a series of aesthetic movements. (Even the “free posing” round of a bodybuilding contest doesn’t really involve the evaluation of the movement of the body; rather the judges are charged with evaluating the body while it’s in motion.) Therefore, if bodybuilding is really a sport, exactly what kind of sport is it? The answer is that it is indeed a sport of form—just a different kind of form than we are used to dealing with. The form associated with gymnastics is dynamic, a form of movement. But the form involved in bodybuilding is a plastic one.

The term “plastic” in this case, means the molding, shaping, or sculpting of physical form. Bodybuilding is often described as the sculpting of the muscles of the body, and this is exactly what it is. When bodybuilding takes place as part of a sports competition, the ultimate result is judged according to aesthetic standards, just as gymnastics or diving is. This result is achieved by athletic means, and a lot of hard, difficult, and intense physical training. In fact, the demands upon the body of training and diet programs followed by world-class competition bodybuilders are so incredible that only highly gifted, superbly conditioned athletes could be expected to bear up under stresses of this magnitude. World-class bodybuilders are and have to be exceptional athletes.

Bodybuilding training in the gym is a demanding athletic activity. And it is this training that is solely responsible for shaping and sculpting the body into the final plastic form that will be judged on stage in a bodybuilding competition. The mass, shape, proportion, symmetry, and definition of the physique, the degree of muscle separation, the low body fat, and the resulting display of striations and “cuts,” are all the result of highly strenuous athletic workouts in the gym plus the discipline of following an eating and nutrition program designed to yield maximum muscle mass with a minimum of body fat.

Bodybuilders are sometimes criticized because they become so muscular, and develop so many bulks, that other of their athletic abilities suffer. But this simply means they are specialized, just as all elite athletes tend to be. As far as athletic bodies are concerned, “form follows function.” You look like what you do. Bodybuilders may not be good marathon runners, but long-distance runners can’t lift much weight, either. Gymnasts tend to be small, compact, and muscular. Discus-throwers are beefy and powerful.

Golfers fail because of the height of their vertical leap, and are rarely slam-dunk artists, while all the physical power in the world doesn’t help sink a three-foot putt on the final hole of the U.S. Open with the tournament at stake. So, bodybuilders are indeed athletes, the training they go through is highly athletic, the ultimate result, the competition-prepared bodybuilding physique, is a direct consequence of that training, and the plastic form of this physique is what the competitors are judged on in a bodybuilding contest. Therefore, while competition bodybuilding is artistic, it’s not an art form; and while it has theatrical and dramatic elements, it is not theater. It’s a sport. And it satisfies every criterion as to what an athletics contest or a sport ought to be.

What to Expect from the Top Fitness Gadgets of 2022