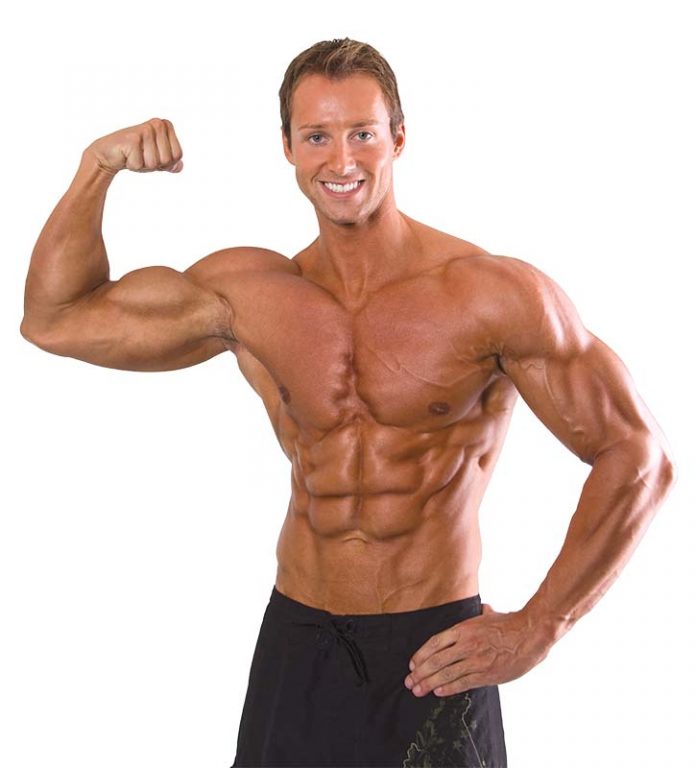 As a youth, he played indoor volleyball and became the Junior Slovakian champion with his team ASK Inter. He was also on the Slovakian National volleyball team at age 19.

During his college years, he turned to beach volleyball, and in 2004 he became the California A-Category champion.

After earning a University Masters Degree in Physical Education and Sports with Management in his hometown, he moved to California where he now lives.

Matus Valent has appeared in numerous magazines (over 80 in the past 5 years ) including Muscle & Fitness, Flex, Men’s Exercise, Men’s Workout, Natural Muscle, REPS!, Maximum Fitness, Coast, STATUS. Matus has also been featured on the the covers of Fitness RX, Olympian’s News and X-Fitness magazines, as well as the cover of the book “Stronger Arms & Upper Body” and several romance novels. Also, Matus was on the cover of the November 2008 & 2009 czech-slovak edition of the prestigious Muscle & Fitness magazine.

His modeling career has lead to many other opportunities for Matus, including appearing in the music video for Kristine W’s hit “ Walk Away,” modeling for the movie poster for “Pathfinder”, being featured in national advertising for Otomix fitness clothing and active wear, national TV commercial for Shake Weight and ORECK XL vacuums and co-starring in the third season of Janice Dickinson Modeling Agency TV series. In 2009, Matus also appeared in ad campaigns for Prosource.net and Nutrition Express supplements superstores and made an appearance in the movie “Night at the Museum 2.”

Matus is very grateful for his success and enjoys the opportunities his life in America has made possible.