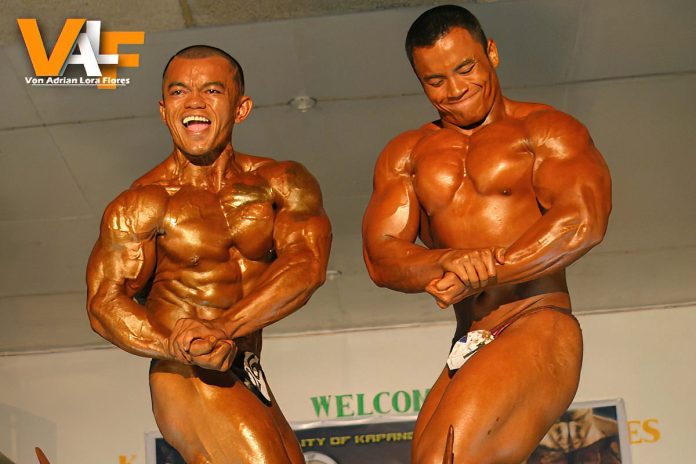 Posing. I’ve seen a lot of it over the years – good, bad, and everywhere in between.

It never ceases to amaze me at the number of bodybuilders – in every contest – whose posing routine is totally out of sync with their music. And, they aren’t always beginners either. Sometimes they pick a certain song just because they like it and not because it is in any way relevant to their routine. It sounds good so, hey, why not? Then they proceed to pose willy-nilly – whatever they feel like – as though they are in their own world and totally oblivious to the beat of the music. They might as well not have any music at all because they ignore it anyway.

And, sometimes they are so focused on trying to remember everything that they forget what to do next. The reason they forget, of course is because they haven’t really prepared a posing routine in the first place. They do a few poses, and then you see that bewildered look in their face that says “what do I do now?” before resorting to their comfort zone by doing the same poses all over again. It’s as though they are making it up as they go – and they probably ARE. Their music is irrelevant because it has become only background noise.

Almost as bad are those who bounce up and down to the beat of the music with every pose rather than flow with the music, bobbing up and down like little figures on the dashboard of your car. This seems to happen more with older bodybuilders – masters and above – who, for some reason, must think that “bobbing” makes them look hip or something.

Of course, some contestants don’t know how to pose with or without music. That’s another story. Their hands, their feet – their entire demeanor – is out of whack. They stand there half-naked in front of an auditorium full of people and move awkwardly around the stage with a sickly expression in their face that says “what am I doing here?” Many of them will never compete again – not because they didn’t have a good figure or physique but, rather, because they embarrassed themselves by not knowing how to display it.

Then there are the “newbies” (most of the time anyway) who think it is cool to break loose from their routine and strut up and down along the front of the stage cupping their ears toward the audience, feigning as if they can’t hear anything and motioning with their hands to the clap louder. They’ve probably seen a top pro use this technique and think that they can get away with it too. They can’t. Usually it falls flat because they missed the part that you have to at least look like you have worked out before. The audience doesn’t need any encouragement or gimmicks to applaud if they like what they see. When a pro does this, it’s all in fun. When a newbie does it, it’s a joke. Just give your best without all the antics.

All of this is not intended to discourage beginners, masters, or anyone else from participating in bodybuilding, but posing is also an integral part of the sport – not just an afterthought that you throw together the night before the contest. Most great bodybuilders are also great posers because they know that a good posing routine will display their physique to the best advantage. They practice posing for hours at a time. It’s hard work. They don’t “wing it.”

If you don’t know how to pose, find someone to teach you. You don’t go to the big dance without a tuxedo (muscles) and you don’t step on dance floor without knowing how to dance (pose).

Get muscular fast without juicing