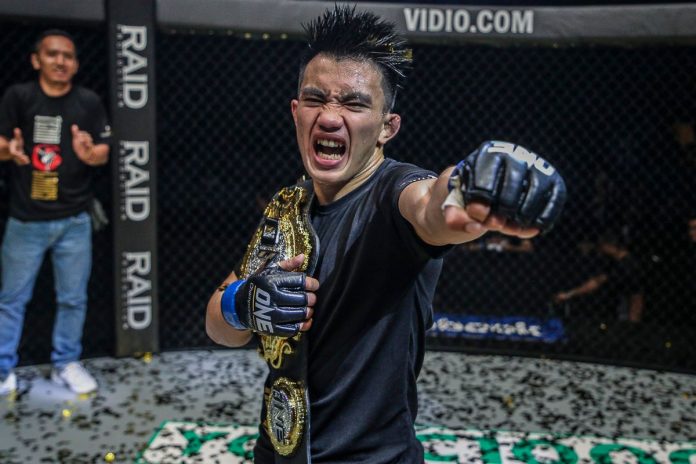 ONE Strawweight World Champion Joshua “The Passion” Pacio fired back on Jarred “The Monkey God” Brooks after the American called him out last week.

Brooks, who is expected to make his ONE Championship debut sometime in the near future, made his intentions known when asked about his thoughts on the strawweight division, including Pacio.

Make no mistake about it, Brooks respects the Filipino’s run in the division as he has already won the World Title twice and has defended it multiple times in his current run.

Still, the Mash Fight Team representative plans to prove that he’s the best strawweight in the world and he vows to make an example out of Pacio should they square off.

“I’m there to rip him apart and show everybody around the world that I’m the best in the world,” Brooks said. “I love you, Josh, but I got to come in there and make my dues.”

Pacio certainly took notice but brushed off the challenge aside as he believes “The Monkey God” will have to prove himself first before facing him.

“I respect Jarred Brooks, he’s a great athlete, and I think every athlete has [to pay his] dues. Right now, my eyes are on the ranking list,” Pacio said.

After all, Brooks was supposed to make his highly anticipated debut last April against Pacio’s teammate in Lito “Thunder Kid” Adiwang, though Adiwang had to pull out after testing positive for COVID-19.

Now that’s a match Pacio’s eager to see first before anything else.

“One more thing, my brother Lito Adiwang and Jarred were supposed to face each other,” Pacio stated. “Let’s make that match happen first and let’s see if Jarred is really ready to rip me apart.”

Though they might be trading barbs now, the respect between the two remains as they have kept an eye on each other even when they were competing from different organizations.

So Pacio has a word of advice for Brooks should they finally cross paths.

“Jarred, I am sending more love to you but if in the future you get to face me, I’m telling you now, I’m not giving you a nice walk in the park.”