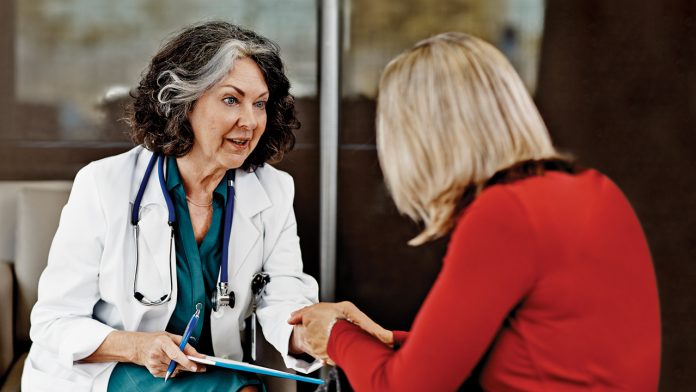 Each year, more people die of lung cancer than any other form of cancer — more than colon, breast and prostate cancers combined. The American Cancer Society estimates of the 224,000 new cases of lung cancer diagnosed each year, 155,000 will succumb to the disease.

Many have heard the statistics about lung cancer, but for those who have lived through it, or who have a friend or loved one battling the disease, these numbers are even more personal and frightening. The low five-year survival rate (five to 14 percent) for late-stage lung cancer patients makes the search for a way to treat this deadly disease all the more urgent.

To beat cancer, early detection is critical. Scientific research over the past several decades has revealed that cancer is a disease primarily caused by changes — or mutations — in the genes. This discovery has led to a major shift in how early cancer can be detected and treated. Now, researchers are able to identify mutations in the genetic code that are most likely to cause potentially deadly cancers. This has led to the development of new testing technology and drugs that target those specific mutations.

This approach is in stark contrast to traditional detection methods that are limited in their ability to test for a small number of specific mutations linked to only one possible treatment. This painstakingly long process can take several weeks to identify an effective treatment.

In a matter of days, modern techniques using next-generation sequencing technology can save valuable time by avoiding the need to run multiple tests by simultaneously screening tumor samples for multiple mutations and multiple potential therapies. The new technology also reduces the likelihood of subjecting patients to unnecessary and invasive secondary biopsy procedures.

The U.S. Food and Drug Administration (FDA) recently approved the Oncomine(TM) Dx Target Test, a first-of-its-kind genetic screening solution that can detect multiple gene mutations associated with non-small cell lung cancer (NSCLC) from a single tissue sample. The test has also been approved to aid in selecting which specific FDA-approved NSCLC treatment the patient may be eligible for.

Take action and talk to your doctor

A recent survey by the Journal of Precision Medicine showed that only about a third of patients and caregivers had a good understanding of genomic tools for cancer detection. That’s why talking to a doctor, loved ones and others about new techniques like sequencing-based tests to help inform more effective treatment options is important. Doctors and healthcare networks have a responsibility to their patients to provide the most effective innovations so patients receive the best care possible.

Note to Self… “I will NOT gain weight over the holiday...