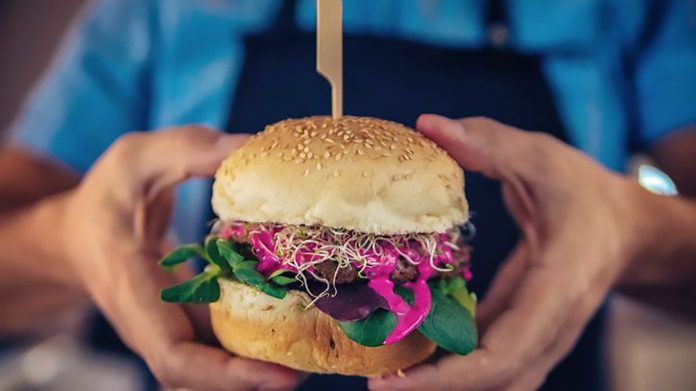 With more and more people adopting vegetarian and vegan diets, plant-based foods are taking center stage in the grocery aisle. From chilled sections to expanded produce selections, plant-based foods are gaining more visibility than ever before. In fact, demand for these products is increasing so rapidly that a recent report by research firm Mintel found that plant-based food sales experienced the greatest growth of any segment of the packaged food market in 2016. These stats signal a clear shift toward more plant-centric diets, with consumers buying more plant-based meat alternatives such as soy burgers and veggie proteins like chickpeas as well as produce like fruits and vegetables. So what exactly does this mean for you? Read on to discover everything you need to know about the rise of plant-based foods, plus tips for incorporating them into your diet — no green thumb required!

What Should You Know About the Rise of Plant-Based Foods?

The rise of plant-based foods is something you’ve probably noticed in your own grocery store. You may have even wondered what it all means and what it’s going to mean for your own diet and nutritional needs. One of the most notable trends in recent years has been the increase in the number of vegans and vegetarians. According to a 2017 report, the number of people who identify as a vegan has increased by 600% since 2014. Vegetarians have also grown in number, and it appears that these groups have been growing steadily since the 1990s. It’s likely that you’ve noticed changes in your own grocery store, too. Many stores have responded to the rise of plant-based foods with more shelf space, new product launches, and even new store designs and layouts.

There are a number of reasons for the rise of plant-based diets, but a few stand out above the rest. – Health Benefits. First and foremost, many people adopt plant-based diets for health reasons. This lifestyle choice is often driven by an interest in preventing or managing chronic diseases and improving overall wellness. – Environment. Another key driver of the plant-based movement is environmental concerns. Many people worry about the negative effects of agriculture on the environment and prefer plant-based foods that have a lower carbon footprint. – Ethics. Ethical reasons are also a driving force behind the increased popularity of plant-based diets, particularly among younger consumers. People who adopt plant-based diets generally want to avoid consuming or supporting practices that exploit animals.

Is Meat Really Going Out of Style?

Maybe not, but it’s definitely on the decline. Many experts have predicted that meat consumption will drop in the coming years as the plant-based movement continues to grow. – Data shows that people are eating less meat today than they were just a decade ago. More people are choosing to replace their regular diets with plant-based options, or they’re at least eating less meat. – A survey of 2,000 people conducted in 2018 found that one-third of respondents had reduced their meat intake in the 12 months leading up to the study.

A plant-based diet is typically defined as one that focuses on consuming plenty of fruits, vegetables, legumes, nuts, and grains, with relatively little to no animal products. – A diet rich in whole plant foods is associated with a number of health benefits, including lower risk of obesity, type 2 diabetes, heart disease, and certain types of cancer. – However, not all plant-based diets are created equal, and the nutritional needs of individuals are different. It’s important to note that plant-based diets are not a “one-size-fits-all” approach.

5 Tips to Help You Build a Healthy Plate With Plants

While meat will always be a part of the human diet, the rise of plant-based foods is clearly in full swing. This shift toward eating more produce has been driven by health, environmental, and ethical concerns, with many people choosing to reduce or eliminate meat from their diets entirely. If you’re interested in following a plant-based diet, be sure to consult with a nutritionist or dietitian to make sure you’re getting all the nutrients you need. And don’t forget to keep an eye on your grocery store and its growing selection of plant-based foods!

Healthy Foods That Are Good for Your Guts

Put Your MultiVitamin to the Test! IT MAY FAIL!

It is true that coffee can help you live longer and...