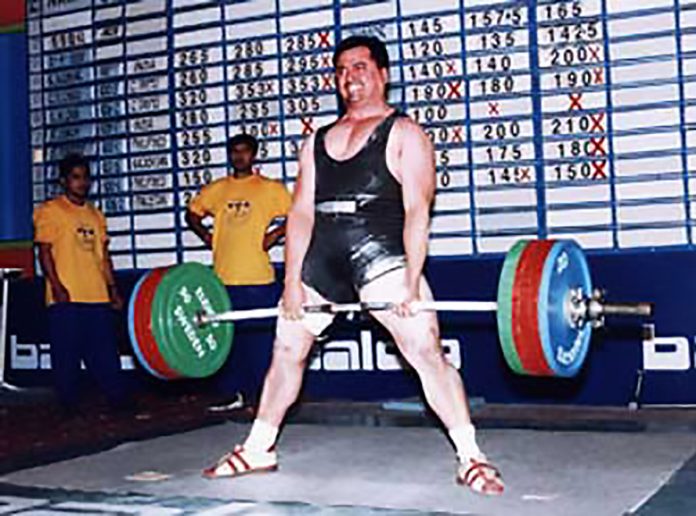 It has been a long while since I saw a competition in Powerlifting. It was ages ago. When I first saw Eddie Torres in the PAP meeting this guy is very imposing. I was thinking of who will be the first feature for the Powerlifting page of Ironpinoy. So after picking my brains I decided, OK, let’s go with the Strongest Man in the Philippines.

Talking about brains and brawns, Eddie is a Chemical Engineer from UP and works as an Account Manager at DOW Chemicals. Currently, he is the Auditor of the Powerlifting Association of the Philippines. As I saw Eddie he looks like a happy-go-lucky guy and I was not mistaken since he still reads and collects comic books. And to complement his strength his idol is Superman. But I cannot really connect the Flash into the equation. Aside from powerlifting, his time is spent with his kids, family, and yes, the barkada.

Currently, he co-owns Zest Power Gym in Quezon City. Zest Power Gym has been a consistent National Open Team Champion for 11 consecutive years from 1990-2000. As I saw it Zest has been the premiere gym for Powerlifting in the Philippines.

His diet is a hefty 6-7 meals per day. Enough for the strongest man in the Philippines. Now, how about training? I really don’t know. According to Eddie, you have to go to Zest to see it for yourselves. Eddie has no specific reason he entered powerlifting, but he always wanted to develop strength and compete with the pros. For Eddie powerlifting is the best way to gain overall strength. To wrap it up, some advice to the uninitiated, on-training, and professional powerlifters, stay away from drugs, persevere, and compete!

Top para triathlete encourages everyone to take care of their eyes: Here’s how

Anderson Silva Says Anyone Who Takes Steroids Should Have “No More...