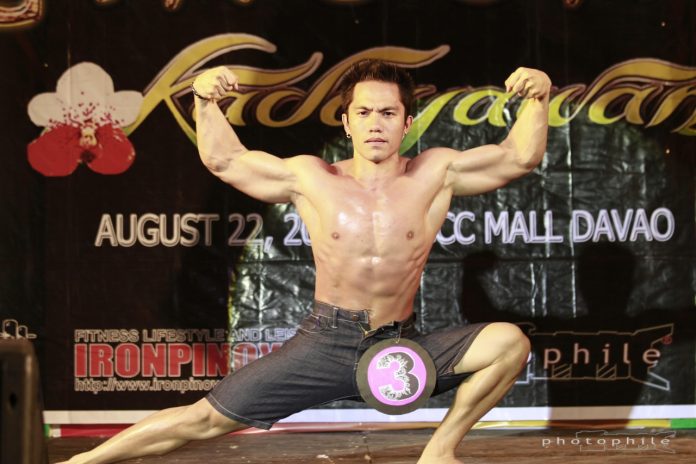 The annual Kadayawan Festival is one of the major events in Davao City, along with the Araw ng Dabaw. The latter celebration is a tribute to the city and the Dabawenyos in general. Once again, in its 8th year, i.Flex Fitness Gym (a Dubai base Fitness Gym) together with MAT BODYBUILDING COMPETITIONS – founded by Mr. Marco Antonio H. Tamayo in 2003 in Davao, Philippines – have successfully organized a Bodybuilding competition.

The Competition aims to showcase the interlacing pride and wonders of Davao and Mindanao, especially  Dabawenyo Body form as a gift from mother nature, to celebrate life, to give thanks for the gifts of nature, the wealth of culture, and the bounties of harvest and serenity of living in Davao.

This annual search for Ginoong Kadayawan 2010 had been highlighted by a parade of the title holders from previous Bodybuilding competitions nationwide, the standard mandatory poses, and a fashion etniko where the competitors wore the attires inspired by the Kadayawan in cooperation with Davao’s creative designer Mr. Ronald Saig of Sewer Jeans.

Ginoong Kadayawan 2010 was held last Aug. 22,2010 SUNDAY @ NCCC MALL of Davao around 1:00pm. Fifteen Competitors all the way from different cities, in different categories, champions from different bodybuilding competitions, gathered as one to challenge the 2009 defending champion Mr. Loreto “loloy” Rosario of Cotabato City. Luckily, the 27-year-old Eliaquim C. Balbero of New Carmen Poblacion Davao City did beat all odds.  He is now the reigning “Ginoong Kadayawan 2010”  title holder.. but can he retain his title next year? Watch out as the clash evolves and the battle continues….