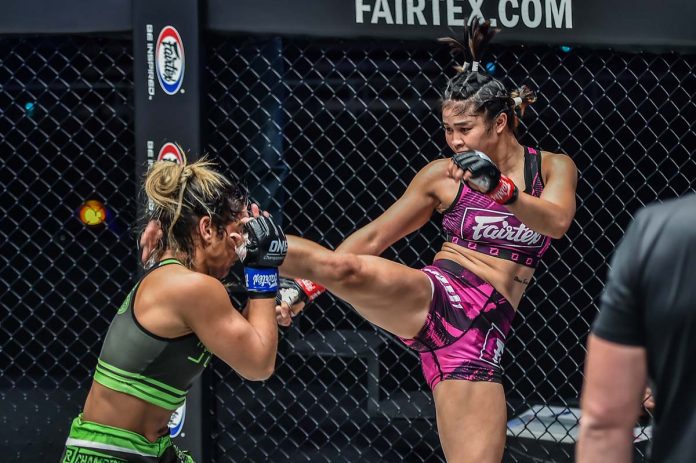 ONE Championship™ (ONE) returned to the Singapore Indoor Stadium with ONE: NEXTGEN, which aired live on Friday, 29 October. The event featured a pair of explosive kickboxing matchups, an action-packed heavyweight mixed martial arts showdown, a rematch between two fierce strawweights, and the semifinal round of the historic ONE Women’s Atomweight World Grand Prix. 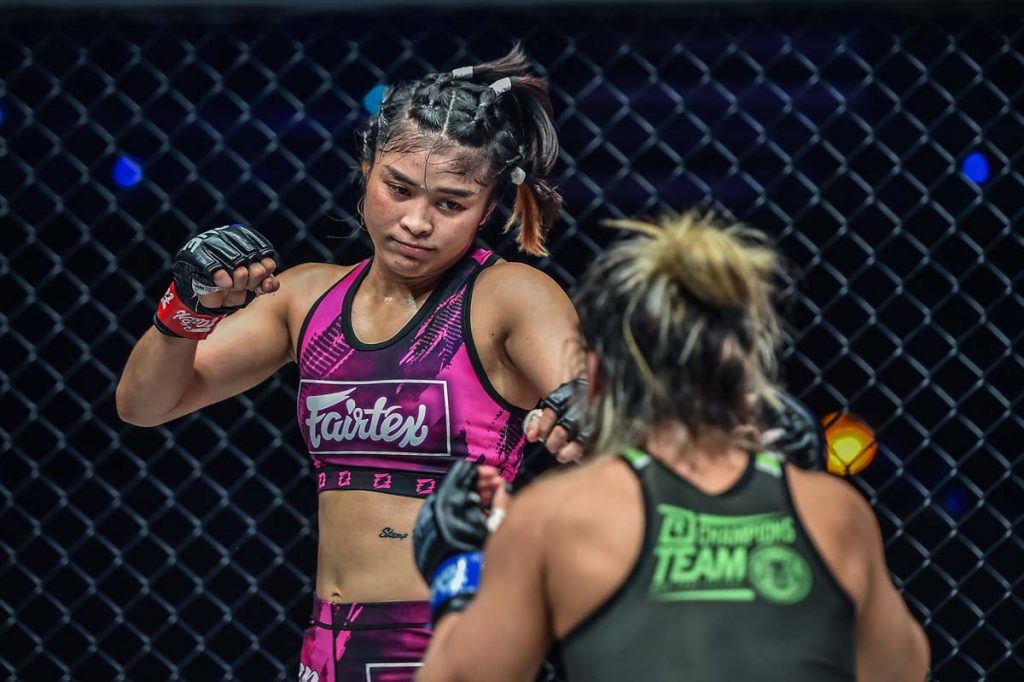 Stamp controlled the distance early in the first round, forcing Mezabarba on the defensive with a plethora of kicks and hard feints. The Brazilian tried to close the gap in the second, even landing a takedown, but Stamp executed a beautiful sweep and wound up in full mount. The Thai then battered Mezabarba with a series of sharp elbows from top position.

In the final round, Mezabarba charged forward with punching combinations, but Stamp wisely used the full length of the Circle to keep her opponent at bay. With the victory, Stamp moves on to the ONE Women’s Atomweight World Grand Prix Championship Final. Gallery Click Here. 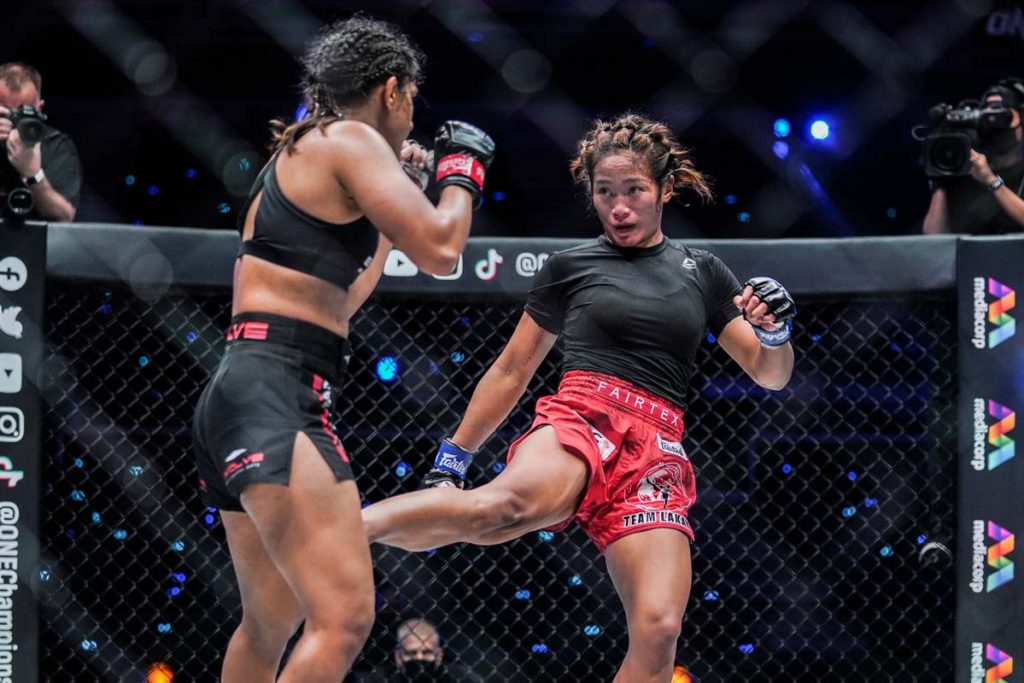 In the co-main event, #4-ranked atomweight contender Ritu Phogat overcame a spirited effort from Grand Prix alternate Jenelyn Olsim to win by unanimous decision in the semifinal round of the ONE Women’s Atomweight World Grand Prix. Olsim initially used her striking to keep Phogat at range, but “The Indian Tigress” quickly turned to her world-class wrestling and gained control.

Phogat began the second round with an emphatic slam and then took Olsim to the mat at will. The Filipina kept it interesting by attacking constantly with submission attempts off her back, but Phogat was relentless with her chain wrestling and earned the victory on the judges’ scorecards. With the win, Phogat advances to the tournament final. Gallery Click Here. 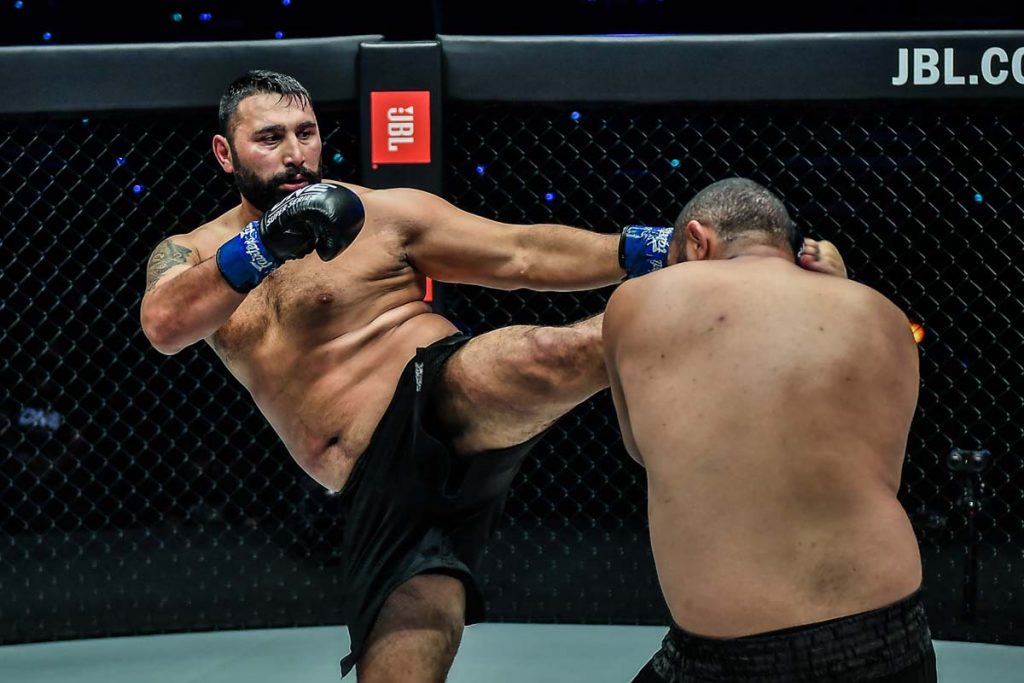 Highly decorated kickboxing champion Iraj Azizpour made a triumphant ONE Championship debut, beating Anderson “Braddock” Silva by unanimous decision after three back-and-forth rounds. Azizpour made his power known early, knocking down Silva with a high left kick that clipped him on the temple in the first stanza. Silva survived and made it a more competitive fight in the second, turning up his offense while Azizpour kept coming forward. The third frame was close, but Azizpour was able to take the victory on the judges’ scorecards. Gallery Click Here. 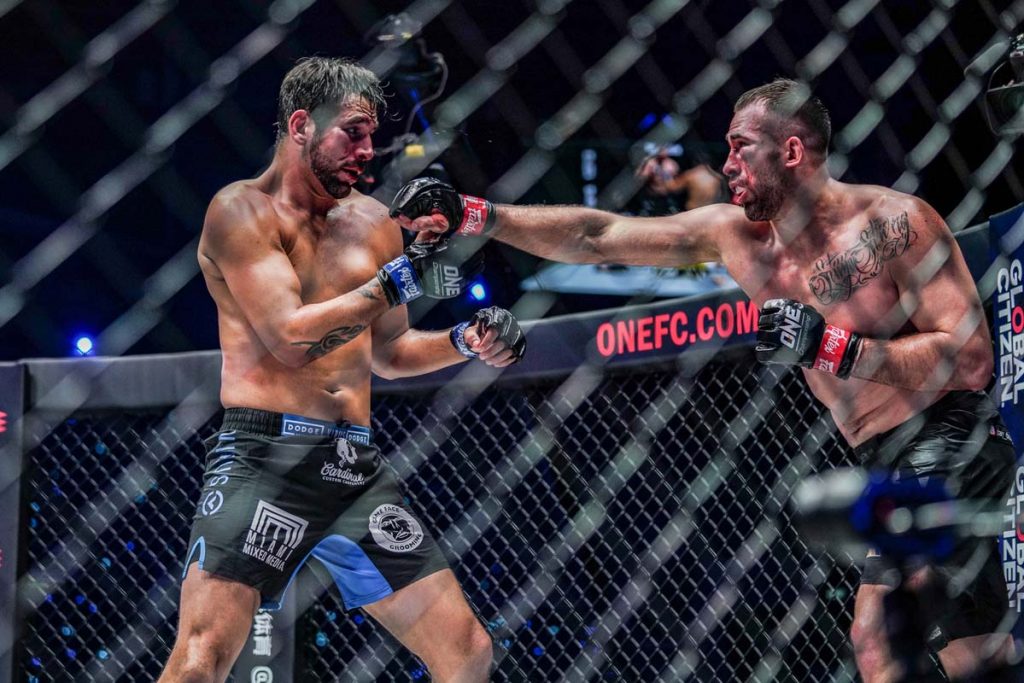 In a showdown of undefeated heavyweights, Kirill Grishenko left it all in the Circle, punishing ONE Championship debutant Dustin Joynson across three grueling rounds to win a hard-fought unanimous decision. Grishenko took full command with his wrestling, bringing Joynson to the ground and keeping him pinned down in the first round. The Belarusian lit up Joynson on the feet in the second, connecting with a series of spinning backfists and elbows. Joynson came alive in the third but couldn’t close the gap as Grishenko ran away with the victory. Gallery Click Here. 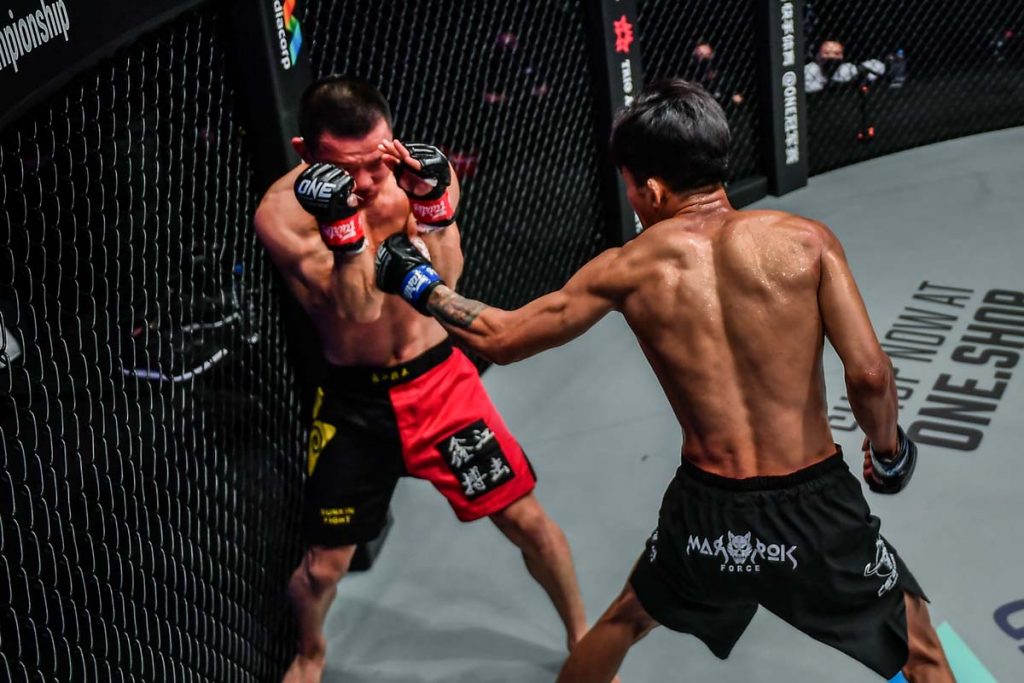 Jeremy Miado put on a masterful striking performance, stopping Miao Li Tao once again to punctuate their strawweight rivalry in a highly anticipated rematch. Miado came out guns blazing in the first round, pummeling Miao with cracking right hands while maintaining distance with his jab. Action continued in the second, but a fierce barrage of punches ended matters abruptly, earning Miado a spectacular technical knockout victory. Gallery Click Here. 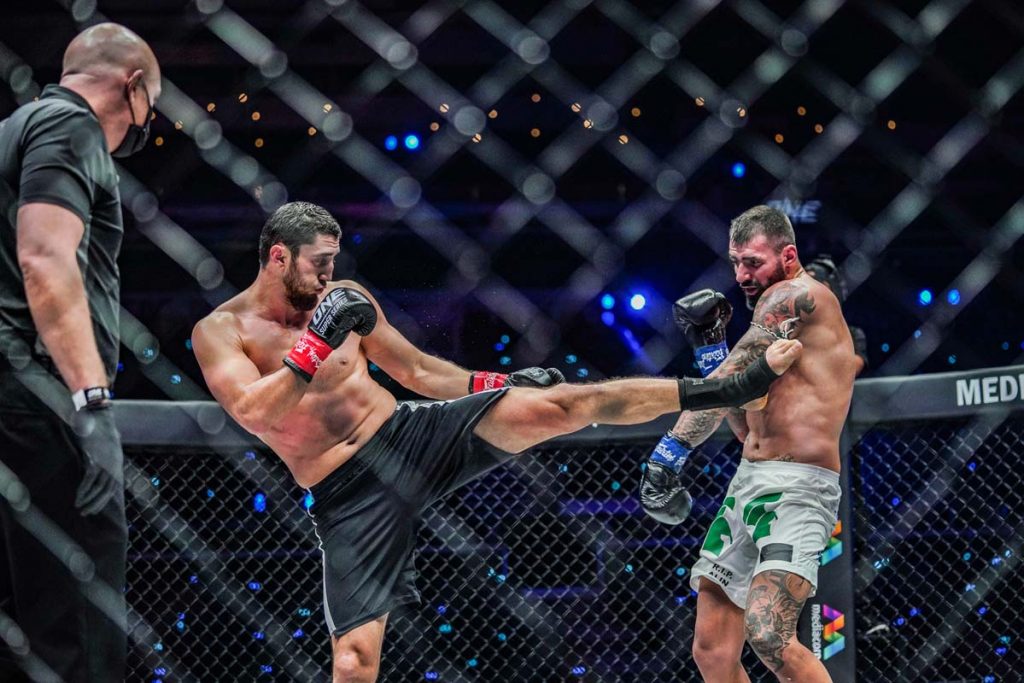 A thrilling ONE Super Series kickboxing contest ensued when light heavyweights Beybulat Isaev and Bogdan Stoica met in the Circle. After a closely contested first round, Stoica connected on a huge right hand that sent Isaev crashing to the canvas in the second. Isaev returned the favor in the third frame, forcing Stoica to take a knee from a crushing body shot. In the end, all three judges scored the bout in favor of Isaev to win by unanimous decision. Gallery Click Here.

Official Results for ONE: NEXTGEN

Up next for ONE Championship is ONE: NEXTGEN II and ONE: NEXTGEN III. Both events will air via tape delay on 12 November and 26 November, respectively.

Brandon Vera knocks out Mauro Cerilli in first round

Yuya Wakamatsu Ready To Perform At A World-Class Level Against Geje...