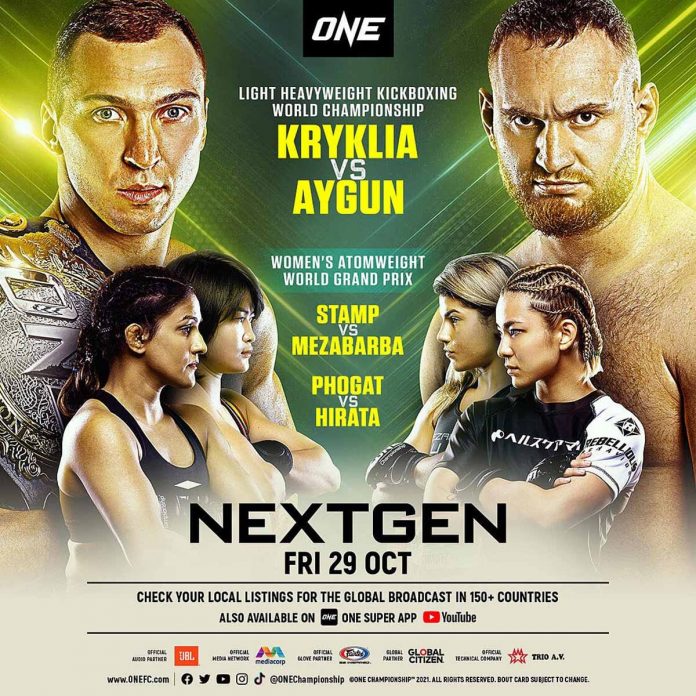 ONE Championship™ (ONE) today announced the full card for ONE: NEXTGEN, which broadcasts live from the Singapore Indoor Stadium on Friday, 29 October.

Also featured on the card is the semifinal round of the historic ONE Women’s Atomweight World Grand Prix. The final four will see #3-ranked atomweight Stamp Fairtex of Thailand lock horns with Grand Prix alternate Julie Mezabarba of Brazil, who is replacing an injured Ham Seo Hee. In the other semifinal matchup, #4-ranked atomweight Ritu Phogat of India will meet undefeated Itsuki Hirata of Japan.

ONE: NEXTGEN II and ONE: NEXTGEN III will also take place at the Singapore Indoor Stadium and air via tape delay on 12 November and 26 November, respectively.