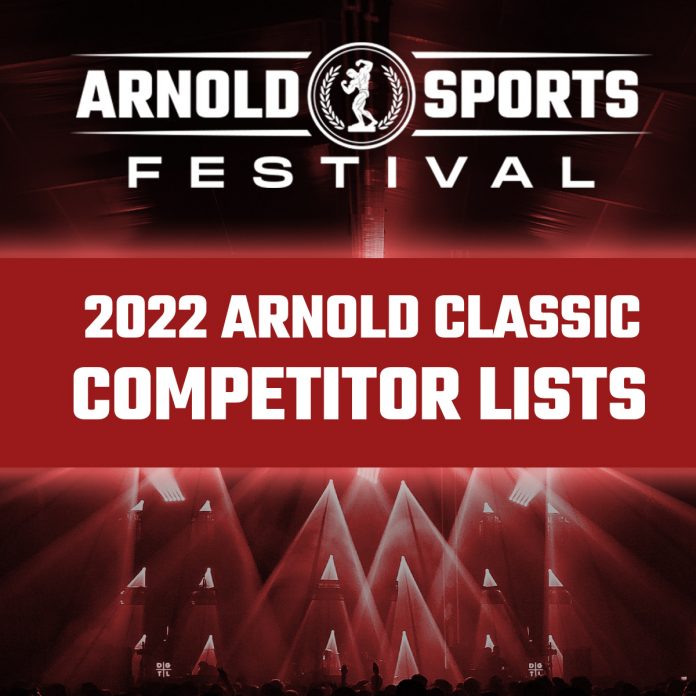 COLUMBUS, Ohio — Two-time Arnold Classic champion William “The Conqueror” Bonac and 2019 winner Brandon “The Prodigy” Curry will renew their rivalry at the 2022 Arnold Classic in March in Columbus, Ohio.

Bonac and Curry are among 83 athletes from eight divisions invited to compete in the 2022 Arnold Classic and related IFBB Pro League events at the 2022 Arnold Sports Festival set for March 3-6, 2022.

Erin Banks and Diogo Montenegro lead a field of 10 in Arnold Men’s Physique after finishing second and third, respectively, at the 2021 Mr. Olympia.

Missy Truscott will return to the Arnold stage in search of her third straight Fitness International title. Three athletes who finished in the top five in 2021 — Ariel Khadr (3rd), Jaclyn Baker (4th), and Aurika Tyrgale (5th) — are back and looking to win the Fitness International for the first time.

In the inaugural Wellness International, five of the top six from the 2021 Wellness Olympia will battle for the title, including Angela Borges, Isabelle Nunes, Yarishna Ayala, and Julia Chitarra, who finished second through sixth in Orlando in October.

Five-time defending champion Harold “King Kong” Kelley is the favorite to make it six in a row in Arnold Classic Pro Wheelchair.

All finals are at the Battelle Grand at the Greater Columbus Convention Center while all prejudging except for Men’s Open Bodybuilding will be on the Arnold Expo Stage.

Why don’t natural organizations reveal the names of cheaters?